It’s funny how RC as a hobby can seem so simple and but once you get into it, you begin to see that it’s actually much more interesting than it looks. A big part of what makes RC vehicles so special is that they can be controlled wirelessly. However, not a lot of people know what exactly makes this possible and how it all plays out. Well, for all the curious minds out there, there are two parts that allow you to remotely control the vehicle – the transmitter and the receiver. 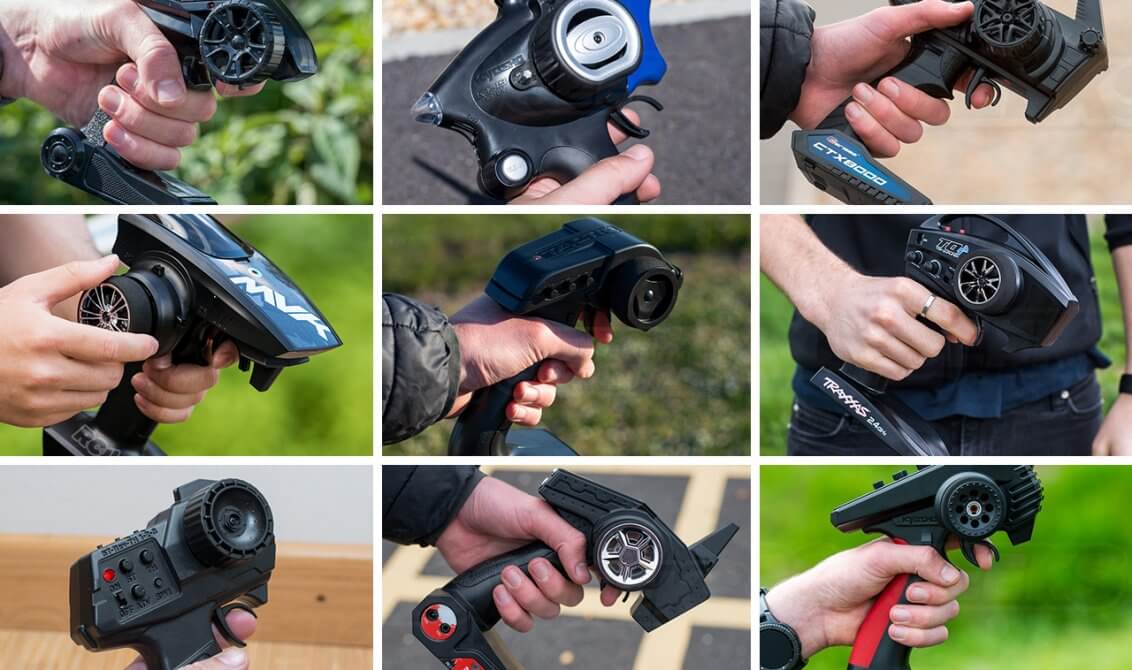 In a way, the transmitter does most of the work but that doesn’t mean that all of the credit needs to go to it. Although both the RC car transmitter and receiver work together to make one operation possible, they are two individual parts that behave in their own way with the former being abbreviated as Tx. The Tx or transmitter is responsible for taking the commands and sending them to the receiver which applies them to the motors and servos. The transmitter is basically the remote for the car which operates at a certain frequency. It is worth mentioning that the frequency of the newer models has been increased and is now at 2.4 GHz.

A remote (transmitter) can also have multiple channels it can work in, which means that it is capable of controlling multiple servos and motors. Usually, transmitters have what is called a trim that sits next to each of the control knobs and alter their position. This helps you adjust the position of the servos and the starting point of the motor controller. Since most of them receive the same type of signal, the number of motors and servos you can control can increase. Most transmitters operate at 12v and have their power supplied by 8AA batteries and they also need to bind to the receiver so that they are able to communicate properly.

The receiver (Rx), as we previously mentioned, gets the commands from the transmitter in the form of signals and sends them to individual channels through PPM (Pulse Position Modulation) commands. In order for the RC car transmitter and receiver to work together, they need to be set on the same frequency, with the receiver being powered by a motor controller, whilst feeding the servos with it.

While connecting a receiver is a process that usually involves a trial and error period, make sure that you avoid having the wires connected with the opposite polarity of each other as this can damage them. For servo or motor controller connectors that have a small plastic tab on them, the receiver will be easy to remove using only wire cutters since they only work with these type of receivers. One thing to remember is to always be careful with the antennae of digital receivers since they are very difficult to attach, once you break them.