Flashlights, much like phones, have come a long way from where they once were and while the former doesn’t come as feature-packed as the latter, it can certainly give you more than enough features. This is mainly due to the introduction of LED since it is a more efficient technology making for a far more advanced flashlight. In recent years, flashlights have not only become more feature-packed but also brighter with more and more lumens being added every year. That being said, here are some of the brightest contenders today. 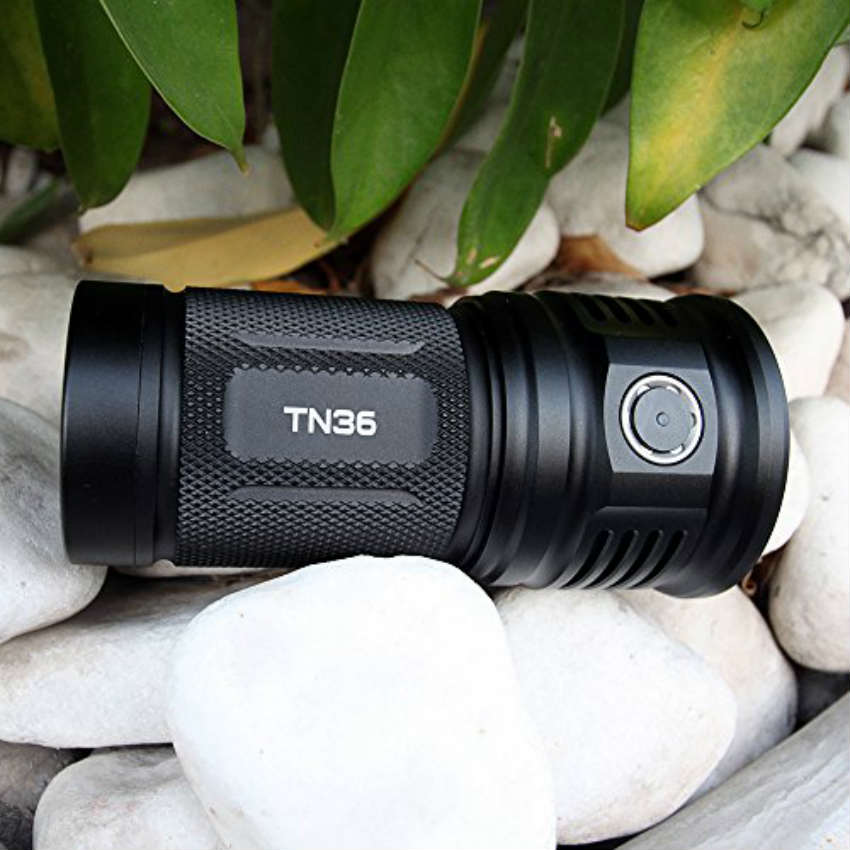 This flashlight from Thrunite is a true champion when it comes to its lumen count since it can reach 11,000lm and provide that level of light for a maximum of 85 minutes when put in turbo mode. The TN36 Thrunite flashlight weighs about 427g, (without the battery) and comes with a maximum beam distance of 353m. It has 5 different modes powered by 4 18650 batteries which allow for a peak beam intensity of 31140 cd. This flashlight is IPX-8 rated and has an impact resistance of 2m and it measures 13.3cm in length, 6.4cm in head diameter and 5.2cm in body diameter.

Firefly is the first and lowest intensity mode which can last up to 28 days since it has an output of 3lm and is followed by the infinity low mode which produces 96lm and it lasts up to two and a half days. Next, the TN36 Thrunite flashlight features infinity high mode which lasts only 90 minutes but has an output of 8000lm which is what can be found on the strobe mode too. Finally, the turbo mode is what makes this flashlight able to produce those 11000 lumens for the duration of 90 minutes.

You also get a memory function on this device so you have the last used mode when you turn it on, a low voltage indication which alerts you when the batteries need to be replaced or charged and ITC technology. ITC reduces the temperature whenever the flashlight exceeds 80°C to protect it from overheating thus expanding its lifespan. 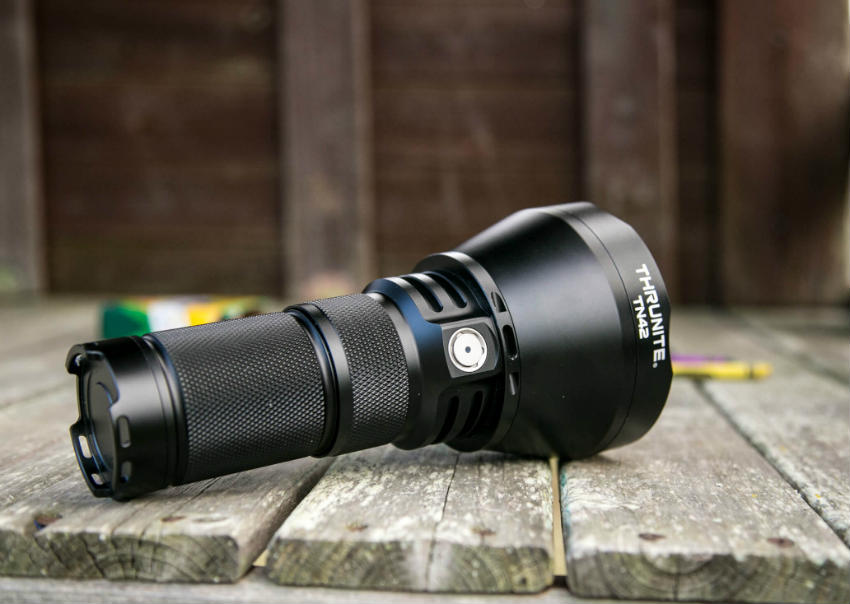 Although this unit only has a maximum output of 2000lm, which by the way is not a small amount, its beam distance reaches 1550 meters, way more than its brighter counterpart. It also has 6 different modes instead of 5 and it can work under very low temperatures which go down to as much as -40°C. This Thrunite torch is built for endurance and although its 1m impact resistance doesn’t tell you that its 58 days of continuous runtime surely does. The peak beam intensity is between 600-750cd while the device also comes with a built-in fast-charging system.

The firefly mode on this unit can produce 0.8lm which is why the device can last up to 58 days but with the low mode, it can last up to 4.3 days with a maximum output of 38lm. The medium mode of this Thrunite flashlight lasts up to 17.8h with 256lm while the strobe mode has an output of 680lm that lasts up to 10.8h and the high mode being set at 780lm that can last you up to 5.3h. The turbo mode is the most powerful as it provides you with the maximum output of this device for about 11 hours. 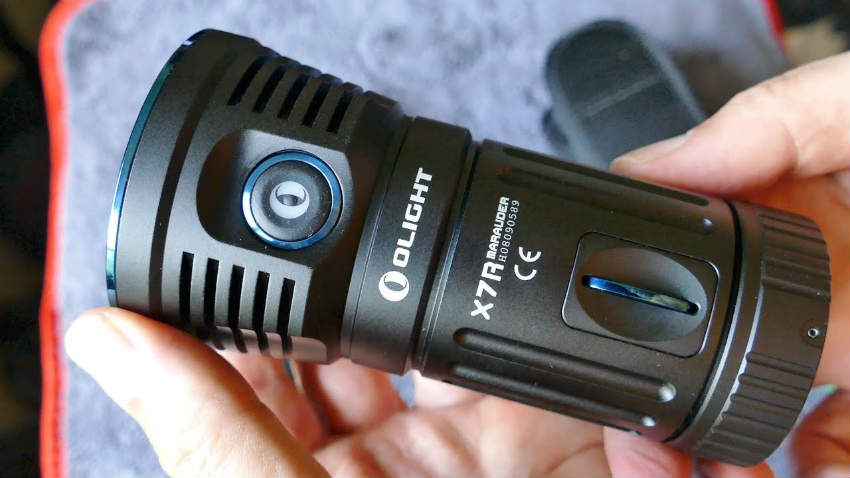 The monstrosity of a flashlight which is the marauder weighs in at 665g and it has a lumen count of 12,000 but its beam distance is only 380m which in the high-end flashlight market is not very impressive. Since this device is so powerful it comes with an included diming proximity sensor which prevents the bright light from setting easily combustible objects on fire.

While at peak brightness it can only run 3 minutes, if you decide to go with its 7000lm setting you’ll be able to use it for 120 minutes while with the lowest setting you can sue it for one month straight as it is only 10lm. This flashlight is about 13cm long and 5.2mm wide and its built-in battery can only be charged via USB-C. 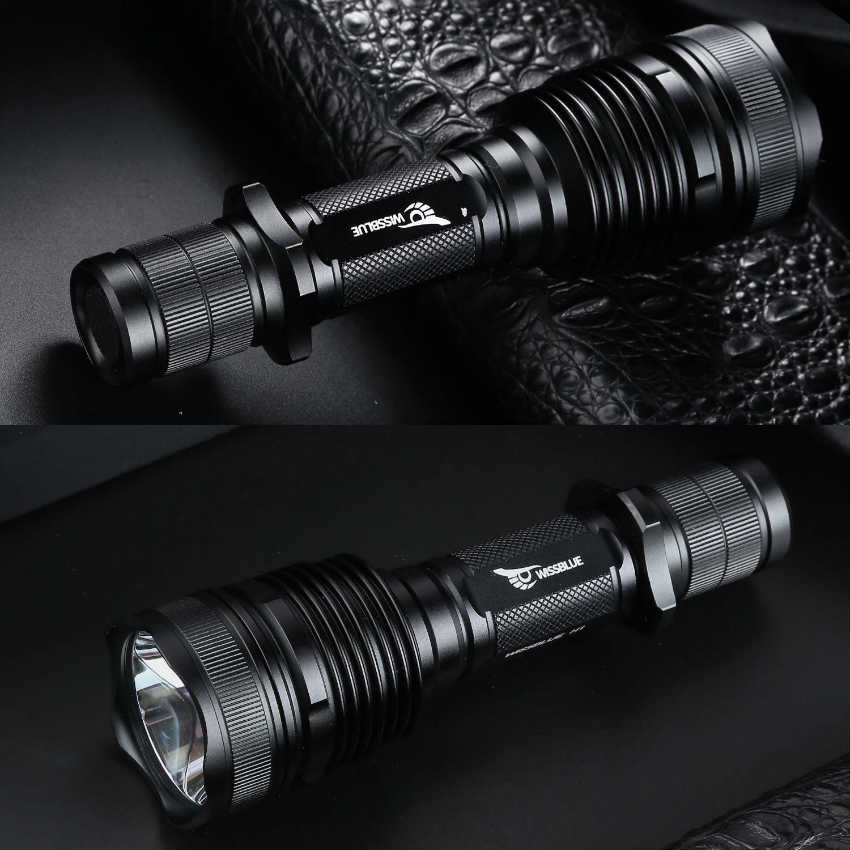 Unlike the previously mentioned flashlights, the H1 from WissBlue has a military-grade waterproof design and it comes with a removable lithium battery. This unit has an impressive beam distance which ranges up to 975 metres and it comes with 4 different modes and thanks to the impressive battery capacity of 3350 mAh, it can work between 100 and 400 minutes depending on the mode.

Since this is a military-grade flashlight, the flashing mode is mainly meant to be used as a security feature as it’s only going to distract and overwhelm the eyes of an intruder. The strobe mode can be used in three different levels, low medium and high whilst the device is 20cm long, 5.3cm wide and it has a head diameter of 8cm. The LED ray on the WissBlue H1 can be used to illuminate both over long and short distances with a maximum output of 3800 lm. 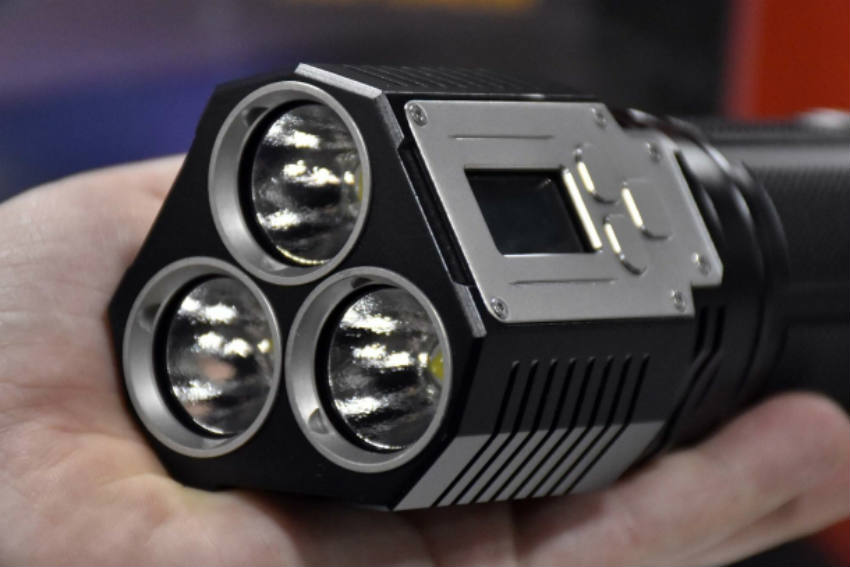 This flashlight comes with 6 different modes, eco, low medium, high I, high II and turbo, plus SOS and strobe which range starting from as low as 50 and all the way to its maximum output of 5100lm. Its anti-reflective lens is made from a toughened ultra-clear glass and the unit uses 4 18650 batteries but it can use 4 CR123A as well.

This 5100 lumen unit from Fenix comes with a beam distance of 850m and can be charged via micro-USB while its body is made out of corrosion-resistant aluminium with a hard-anodized finish. Unlike all the flashlights on this list, the TK75 comes with an IP68 rating which means that it can be submerged 2 meters underwater for up to 30 minutes without getting damaged.