The invention of rechargeable batteries revolutionised the way flashlights are manufactured and perceived by the public. Before, flashlights could only produce a flash of light, hence the name. This means we’ve come a long way in making flashlights more convenient and long-lasting. The same can be said for the line of models that Klarus makes. While Klarus may not be as popular of a brand, they produce some of the best LED torches.

We all know that LED illumination is the future, and the way Klarus, a decade-old company, has made the most out of it shows how big of a potential this technology has. The perfect examples for this are some of Klarus’ most popular torches that everyone seems to point out as being the manufacturer’s most reliable and capable models to date.

Where Are Klarus Flashlights Made?

The Klarus Lighting Company is a world-leading illumination tools manufacturer based in Shenzhen, China. Contrary to what many people think about Chinese products, Klarus rechargeable flightlight models have a build and performance that will pleasantly surprise you. 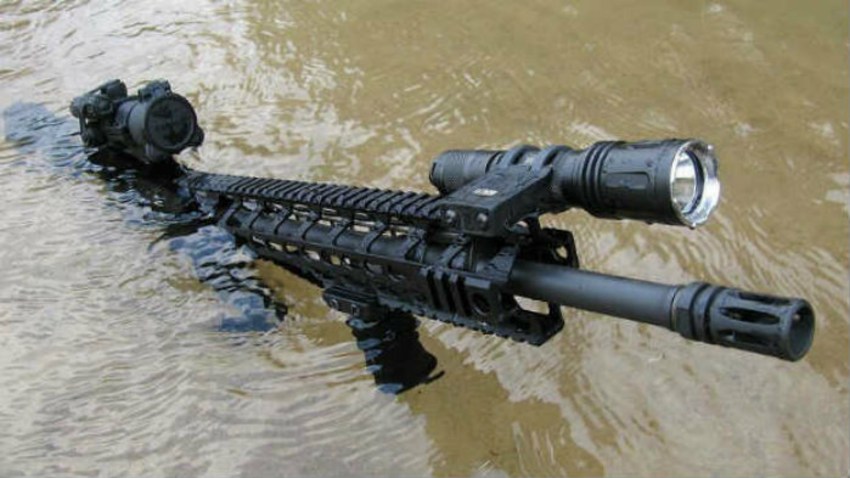 The manufacturer’s 4th generation of tactical Klarus torches, the XT11S is an 1100 lumen torch that comes with a dual tactical tail switch and three operating modes. The modes on this Klarus torch are conventional tactical, hunting and ultimate tactical mode. The peak beam intensity of the XT11S is at 27,225 cd and the maximum beam distance sits at 330 meters. With an impact resistance of 1 meter and a water resistance level of up to 2 meters, the XT11S is a great outdoor torch.

Don’t forget that this 115g heavy torch has a toughened ultra-clear glass lens with an anti-corrosion AR coating on it. The XT11S is also made of aircraft-grade aluminium with a Type III hard-anodised finish. This makes the XT11S safe from scratches and lightweight, too. With the XT11S you get a smart digital charging system built into the torch that helps in charging the torch both quickly and safely keeping its battery lasting a long time. 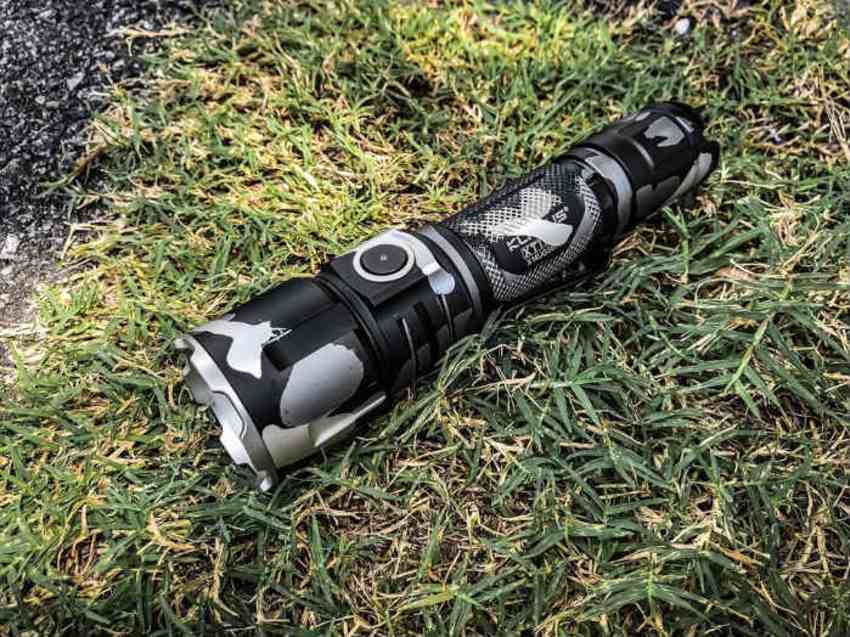 The XT11S’ more powerful brother – the XT11GT is capable of outputting 2000 lumens at a maximum distance of 316 meters while weighing exactly the same. The powerful 3100 mAh battery in the XT11GT allows it to run for 170 hours straight without any drop in performance. The peak beam intensity of this Klarus torch is at 24,964 cd and its impact resistance is the same as the one on the XT11S.

With an IPX-8 rating and an aerospace aluminium body, as well as a stainless steel strike bezel, the XT11GT can take quite the beating. Its lens is made of hardened mineral glass with an anti-reflective coating. The XT11GT also has three modes but they are called outdoor, tactical and advanced tactical mode. With the XT11Gt you get a lock-out function that prevents you from accidentally activating the torch. There is also a memory mode that recalls previous brightness settings so you don’t have to switch through them one by one every time you turn on the torch. 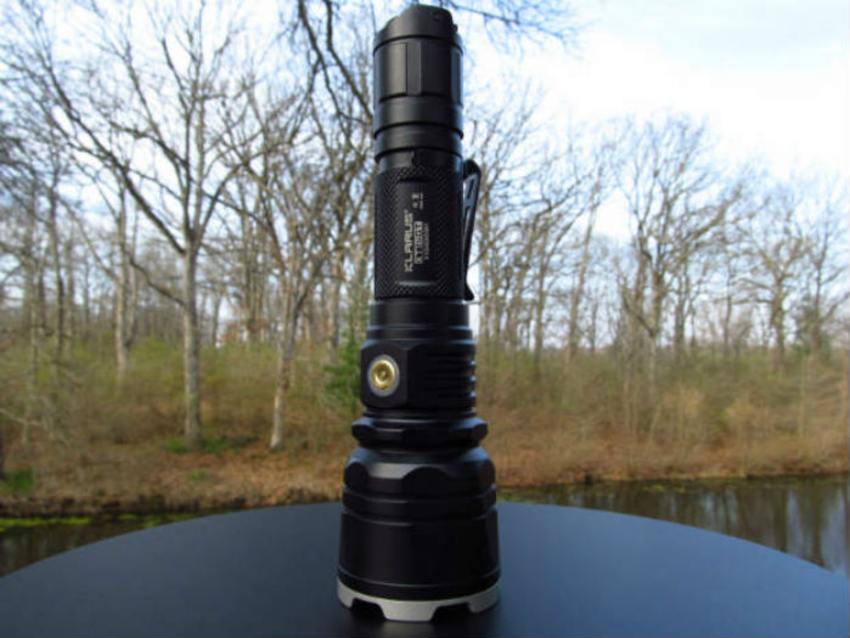 Although the XT12GT has fewer lumens (1600) than the XT11GT, everything else about it is far more superior than the XT11GT. For example, the battery is bigger, coming in at 3600 mAh, as well as the peak beam intensity which is 90,902 cd. The maximum beam distance of the XT12GT is 603 m while the torch weighs only 159 grams. For a torch of this capacity, that isn’t much.

The XT12GT can run continuously from one charge up to 200 hours while having 6 different brightness settings and 3 different modes. There is a tactical, outdoor, and SOS mode. There is also an ITS (intelligent temperature protection system) temperature control feature, which together with heat-dissipating fins help prevent the torch from overheating. The XT12GT can be powered either by two CR123A batteries or one 18650 battery.

Probably the most “tactical” Klarus rechargeable flashlight here, the XT32 is capable of casting a beam of light across 1000 meters. While it only comes with 1200 lumens, the 263 g heavy torch has a peak beam intensity of 250,000 cd. This is quite a big jump as the XT32 comes with only a 2600 mAh. The downside of this is that the XT32 can operate only up to 120 hours from one charge, which is not a small number in regards to its capabilities.

The XT32 is nothing like other Klarus torches since it’s 243 mm long with a head diameter of 63 cm. This torch is on the bigger side but because of this, it comes with some excellent features. Alongside the intelligent temperature protection system found on the XT12GT, the XT32 has reverse polarity protection and an intelligent battery capacity indicator. The XT32 is ideal if you want a high-performing tactical torch that you can use virtually anywhere.